We are scheduled for the Hwy. 62 clean-up on Saturday, July 8th.

Please meet at 9:00 am at the McDonalds on Highway 62 just south of Antelope Road on the West side of the highway.

This will likely be a fairly short session as things are looking really good out there.  More participants will make it an even shorter session.

Posted by caddiscase at 7:01 AM No comments:

Steve Day and Keith Hardcastle organized the June outing to Diamond Lake in such a way that one couldn't help wondering how they did it all.  Saturday morning started with Breakfast Burritos coming forth from the "Cocina de Keith", at the south ramp.  Then a group picture and off to the fishing.  After a tiring day of fishing, we all came together at the Steve and Keith campsite for a good old fashioned pot luck.  Chef Day was all over the grill calling out names and words like medium rare all the while manufacturing a cloud of smoke to match the event.  Plenty of libations with the banter and smiles to match.  Did we have a good time?  What do you think?  Good job Steve and Keith!

Posted by caddiscase at 5:53 AM No comments:

Our casting classes are held from 6:00-7:00 every Monday (except July 3rd) at the Hedrick Middle School on East Jackson in Medford.  Last session will be July 24th.

A broad range of casters will be accommodated. Some accomplished casters will join the celebration of casting to try out new rods, polish up the casting stroke or seek help with a particular aspect of their casting.  Meanwhile we have had several beginners and near beginners start the casting discovery path with us.  We have loaner rods for beginners.  We will always accommodate beginners and look forward to working with them every session.  This year we are adding some specific lessons for those with an accomplished cast. Come out and join us.  John MacDiramid CCI
Posted by caddiscase at 10:24 AM No comments:


﻿REMINDER!!
HAVE A SPECIAL DIETARY NEED?
If so, please let Theresa know by tomorrow:
Theresa Schumacher
541-702-2153
theresaschumacher@charter.net
Hope to see you Wednesday
Centennial Golf Club
1900 N. Phoenix Road
Posted by Careyspecial at 10:04 AM No comments:

You must RVSP to have dinner on Wednesday, June 21.  This must be done by Friday.

Email Steve Day at:  icrsrd303@gmail.com
Posted by cranefly at 10:33 AM No comments:

The email address to RSVP for dinner on Wednesday, June 21 was incorrect on the last announcement.

Posted by cranefly at 4:10 PM No comments:

All members and guests must RSVP if they plan on eating dinner at our new meeting place, Centennial Golf Course, on Wednesday, June 21.

Please email you RSVP to Steve Day at:  icrsrd@gmail.com. Your email should include your name and how many dinners you are ordering.
For those who do not use email, call Steve at 661-742-5835.  Please call in the afternoons only.

RSVPs must be received by the Friday preceding the meetings.  This month the deadline is Friday, June 16.

As usual, you will pay at the door with either cash or a check.  Credit/Debit cards are not accepted.

If you have a special request, please email Theresa Schmidt at tms1910@icloud.com, or call her at 541-702-2153 by Tuesday preceding the meeting.
Posted by cranefly at 5:38 PM No comments:

Celebration of Life for Jim Harleman

A Celebration of Life will be held for

The celebration includes a gathering and visiting of Jim’s many friends and a potluck meal.

Attendees are encouraged to bring a dish of their choice.

Posted by cranefly at 7:56 AM No comments:

It is sad to report that long time member and special friend to the Rogue Flyfishers, Otis Swisher, passed away on Wednesday afternoon.

According to reports, Otis passed peacefully with his son Mark at his side.
Posted by cranefly at 7:06 AM No comments: 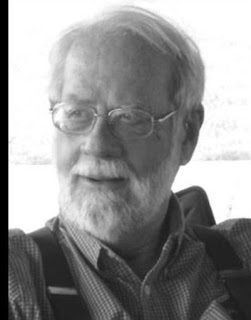 September 30, 1937-June 1, 2017
( Please note the celebration of life at the end)
Jim passed away doing one of the things he loved best – goin’ fishing. A
loving, gentle yet strong husband, father, grandfather, brother, uncle, teacher, and lover of the natural world; he will be missed by his many family and friends.
Jim was born September 30, 1937 in Forest Grove, Oregon to James and
Mary Harleman. He grew up in the small town of Cornelius, Ore. enjoying a childhood of rural freedom and adventures with his three younger siblings; Judy, Jerry, and John.
Jim was a life-long learner and educator. He received his BS degree from Portland State College in 1961 and an MS in Secondary Education from Southern Oregon State College in 1984.
As a young adult living in Lakeview, Ore. Jim developed his skills as an outdoorsman including hunting, birding, and fly fishing; avid pursuits that have enriched his life while as a result, developing and enjoying many lasting friendships. Jim also had an enduring love of sports of all kinds, especially amateur and high school-level sporting events.
Jim met the love of his life, Kathy McNeill, in Denver, Colorado. After a long-distance courtship, due to Jim having returned home to Oregon, they were finally together again in Oregon. They were married in Ashland in 1978. Jim and Kathy had two children; Aaron, born in 1982 and Kristie, adopted in 1984.
After a varied career in business, at the age of 40 Jim made a major career shift, beginning a 25 year long teaching career in Social Sciences, first at
Scenic Middle School, and later at Crater High School in Central Point. The culminating highlight of his teaching experience was to pioneer with others
the Renaissance Academy, a school-within-a-school at Crater High School.
Jim was a man devoted to his family, friends, and community. He relished
his role as a father to Kristie and Aaron, and as a grandfather to his four grandchildren; Calvin (CJ), Troy, Lauren, and Eli. As a community volunteer, Jim was actively involved on the Central Point Parks and Recreation Committee, Rogue Valley Audubon Society, Rogue Flyfishers, and CASA (Court Appointed Special Advocates). In 2016, he was selected as CASA Volunteer of the Year for his work with youth in the foster care system.
Jim was deeply involved in his community believing that we must look
beyond our own self interests and consider also the needs of the larger community, our country, and the world.
He will be missed and remembered with love by his many family and friends. A Celebration of Life event will be held in Jim’s honor beginning at 1:00 p.m Sunday, June 11, 2017. The site of the event will be at the “Holy Water” at the picnic pavilions above the Cole Rivers Fish Hatchery and below Lost Creek Reservoir dam. All are invited to bring a potluck dish and fond memories of Jim to share.
Memorial donations may be made to CASA, Rogue Valley Audubon Society,
or Rogue Flyfishers.
As Jim often said: “Remember: We all live downstream.”
Posted by cranefly at 10:33 PM No comments:

The Rogue Flyfishers newsletter is now available on the internet.

Please find it at:  Rogueflyfishers.org
Posted by cranefly at 6:47 PM No comments:

Longtime member of the Rogue Flyfishers, Jim Harleman, has passed away.  The email below was sent to the club by his friend and fellow member, Clint Brumitt.  Jim was a great guy and he will be sorely missed by all who knew him.

This morning(1:30 AM) I got a call from Jim's wife, Kathy, informing me that Jim had not returned home from a fishing trip to the Williamson River
He had given the names of two people, me being one of them, who would know where he is in case he did not return on time.

I could not sleep after that so by 2:00AM, I was up and getting dressed and by 3:00 AM  I was on the road to the Williamson.  I arrived around 6:30 and soon found his truck stuck in a big mud puddle.  I honked hoping to wake him up and have him put on his waders so I could tow him out.  When that did not work I walked up to the driver’s side and it looked like he was sleeping.  It was his nap pose.  However, when he did not respond I stepped on the mud and opened his door.  It was evident at that moment that this was Jim's last fishing trip.

I felt sadness in his passing but also a deep sense of joy in the fact that he had over a 38 year period enriched my life and lives of so many that he came in contact with.  The family is planning the services and more info will be coming to you in near future.
Keep your hearts warm, you are so very special in your own right.


Clint Brumitt
Posted by cranefly at 7:22 AM No comments: