The Rogue Flyfishers sadly announce the lost of one of its valuable members. 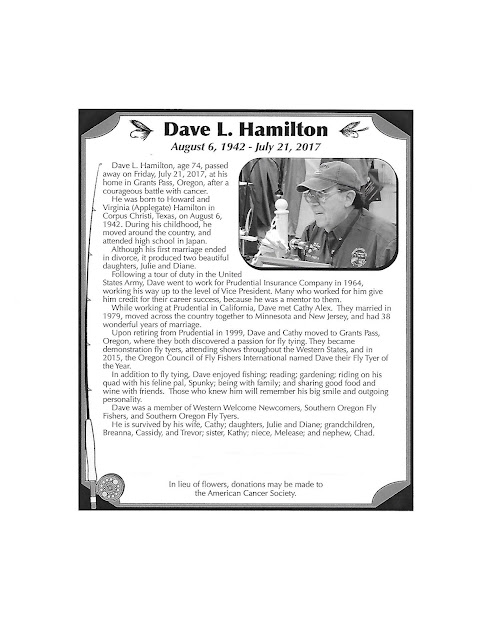 Posted by cranefly at 6:38 PM No comments:

For details on the event and for sign-up information, please see the blog posted August 22 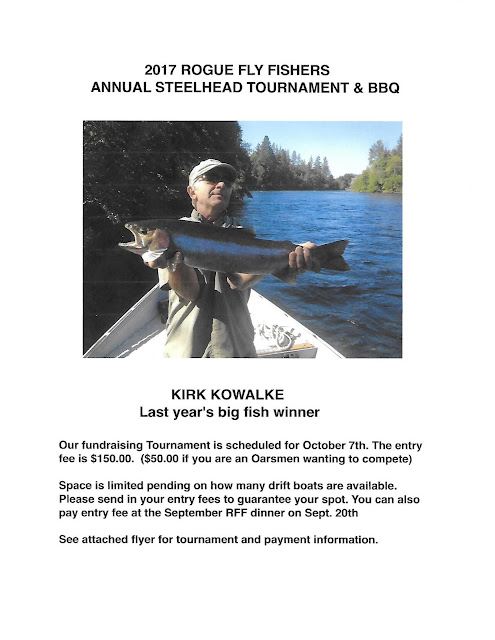 Posted by cranefly at 8:05 AM No comments: 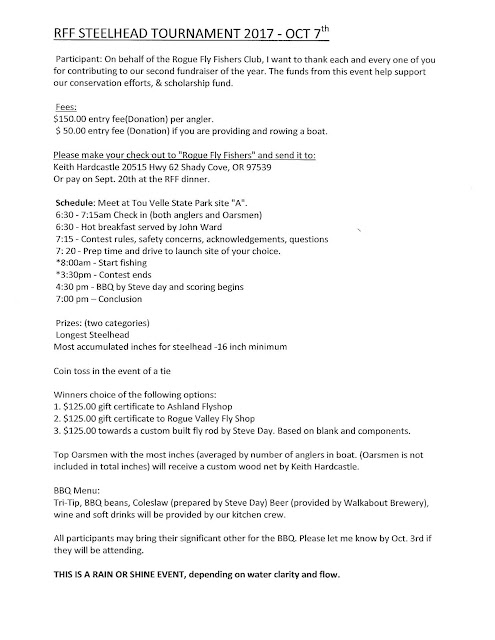 Posted by cranefly at 8:58 AM No comments:

Last Thursday, August 10, several members of the Rogue Flyfishers, along with staff and other volunteers, 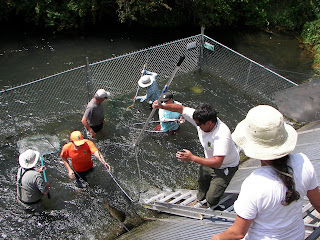 answered the call by STEPS biologist, Ryan Battleson, to help with the netting of spring chinook from a temporary capture pen at the outflow pipe of the hatchery.  The fish were loaded onto a live well truck and transferred to the hatchery to be used as brood stock.  Of the 16 fish netted, two were wild fish and were quickly released back into the river. 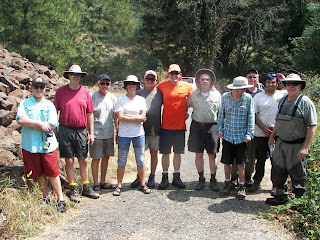 Posted by cranefly at 6:51 AM No comments:

Coming up in less than a months time, we have the next opportunity to help a veteran.  This program can make a huge difference in someones life.  It really came clear to me when I heard one of the veterans explain how it worked for him.  "When I am casting I don't have time to think about all the s*** that has my life all messed up.  I have to concentrate on my hands, arms, the rod and line.  It just keeps your mind busy".

You don't have to be the best caster or fisherman to make a difference.  Just being there tells the veterans that you care.  Click on the Project Healing Waters tab at the top.

Posted by caddiscase at 6:14 AM No comments:

The newsletter for August is now available on the internet

Find it at:  www.rogueflyfishers.org
Posted by cranefly at 8:25 AM No comments:

Once again its time to start making plans and reserving the date for our annual "Steelhead Tournament."  This year the tournament will be held on Saturday, October 7th. After a day of fishing, Steve Day will be putting on a fantastic Tri-Tip  BBQ with plenty of cold refreshments at TouVelle State Park (Family is welcome). This is the clubs second largest fundraiser, supplementing our conservation, scholarship, and general fund.

Please come out and join us. We need as many participants as we can get. We also need as many drift boats and experienced oarsman as we can get to make this a fun day of fishing. More information will be coming on this event. If you have any questions please call or text, Keith Hardcastle 760-937-2328

Posted by caddiscase at 9:07 PM No comments: