On Wednesday January 6th, the Department of State Lands will be holding an important public meeting regarding permits needed for the Jordan Cove Pacific Connector LNG export project. Have your voice heard, tell DSL to protect our public lands and deny project permits!
Department of State Lands (DSL) Public Meeting on Jan. 6th in Medford
DSL is one of the main state agencies that can shut down this project by denying necessary ‘removal-fill’ permits to the Jordan Cove Energy Project.  DSL can deny permits for projects if they interfere with the public use of waterways for things like fishing and recreation, if they are inconsistent with the conservation of state waterways, or if they interfere with public health and safety. Click here to read more about these permits and how to tailor your letters and testimony towards issues the Department can consider.
DSL will hold two public meetings next week in Medford and North Bend. The meetings will be Open House style with the opportunity to talk to DSL representatives and submit your public comments for the record. It's important that when giving comments we stay calm, respectful and stay on topic. For more about DSL's authority and talking points on why they should deny project permits, download the comment guide here. DSL recommends turning out in stages due to limited space.

Come early for a community rally out in front of the Rogue Regency along Crater Lake Hwy from 3-4pm before the meeting. Bring your signs and wear red!
Public Meeting from 4 - 7pm
The Rogue Regency Inn
2300 Biddle Road, Medford, OR

Blogger comment:  This is a partial copy and paste from a Rogue Riverkeeper e-mail.  The links will not work.  You can go to rogueriverkeeper.org to get more info.
Posted by caddiscase at 4:29 AM No comments:

New Years day is the traditional Chili Feed.  Bring a pot of chili or something that goes good with chili. There will be bragging rights and a small prize for the best chili.  This event is a collaborative effort of the Rogue Flyfishers and the Southern Oregon Fly Fishers.  Bring your new fishing license and rod if you think you can handle it.  If you don't fish, we stand around the fire and create a large collection of fish stories.

“REFLECTIONS”
Our annual Christmas Dinner is on December 16th
Rogue Regency Hotel
5:45 to 9:00 pm
Please mark your calendars and plan on attending our annual
“End of the year dinner”. Club members will share some of their personal stories. This is a wonderful festive evening of
comradery and sharing.
Club Members will share highlights of the past year.
PLEASE BRING YOUR SPOUSES/FAMILY MEMBERS
Award for Outstanding Club Member will also be
given out at this meeting.

Hope to see you there
Posted by caddiscase at 11:22 AM No comments: 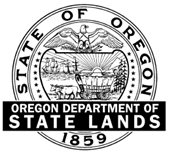 The second public comment period is in response to multiple requests from individuals and organizations to allow more time to review and comment on the large volume of application materials. DSL’s deadline for making a permit decision remains February 8, 2016.

The agency also will provide an opportunity for the public to comment in person on Jan. 7, between 4:00 and 7:00 p.m. at the North Bend Public Library (1800 Sherman Avenue, North Bend, 97459). The agency will host an open-house event, with the option for people to provide two minutes of testimony per person that will be entered into the record.

The removal-fill permit applications are available on the DSL website and at 22 public libraries along the pipeline corridor in Coos, Douglas, Jackson and Klamath counties.

DSL administers the state’s removal-fill law, which requires a permit for activities in wetlands and waterways that will remove or fill more than 50 cubic yards of material.

Additional information about the Jordan Cove project is on the DSL website (under Current Information): www.oregon.gov/dsl.

The State Land Board consists of Governor Kate Brown, Secretary of State Jeanne P. Atkins and State Treasurer Ted Wheeler. The Department of State Lands administers diverse natural and fiscal resources. Many of the resources generate revenue for the Common School Fund, such as state-owned rangelands and timberlands, waterway leases, estates for which no will or heirs exist, and unclaimed property. Twice a year, the agency distributes fund investment earnings to support K-12 public schools. The agency also administers Oregon’s Removal-Fill Law, which requires people removing or filling certain amounts of material in waters of the state to obtain a permit.
Posted by caddiscase at 5:44 AM No comments:

December 2015 Newsletter and much more


There are a lot of things to remember at the close of the year and the beginning if 2016.

*Renew your IFFF membership.  Not a member, you should be.

*Chili feed at the Holy Water on January, 1st.  Good opportunity to use the new license.

*Make a donation to the Rogue Flyfishers-Reed Ryan Memorial Fund.  The RFF is a non-profit corporation so your donation is tax deductible.  This money is only used for conservation.

*The Oregon Department of State Lands has extended the comment period for the LNG project.  The new deadline is January 8th.  Don't ignore this opportunity.  The pipeline will affect our fishing.  More information forthcoming.

Posted by caddiscase at 5:38 AM No comments:


It's official!There will be a Super Duper Fantastic Fly Fishing & Tying Materials Swap Meet on Saturday, January 23, 2016, from 9:00 am until 4:00 pm at the The First Baptist Church of Medford, Oregon.Setup will begin at 7:00 am, and take down must be completed by 5:00 pm, but you may take down sooner if you desire.Admission and selling is no charge.Please, no explosives.This will be sponsored by Rogue Fly Fishers, Southern Oregon Fly Fishers, Southern Oregon Fly Tyers, and any other clubs or organizations that want to participate.First Baptist Church is located at 649 Crater Lake Ave., Medford, OR, 97504.Tables will be provided at no cost and are available beginning at 7:00 am on January 23, first come, first served.A maximum of 2 tables may be used, until 9:00 am, at which time all unused tables will become available.Tables measure 8' by 30". A few smaller tables may be available.You may bring and use your own tables and/or displays with no restrictions.Lots of chairs are available.Bring your own electrical cords.Coffee and water will be available, but bring your own food and snacks.You may call Dale Heath at 541-973-3490 for additional information.  deheath504@gmail.com
Posted by caddiscase at 6:05 AM No comments: